Home » How To Articles » Are Electric Chainsaws Meant For You?
As an Amazon Associate I earn from qualifying purchases - at no extra cost to you! Learn more

While electric chainsaws certainly have many benefits that make them unique and desirable to many potential chainsaw users, they still come with certain limitations that make them unsuitable for some sawing tasks and hence undesirable for some chainsaw users. If used for the correct cutting tasks however, a small electric chainsaw can be the most effective and also economical option for you without compromising either power or performance.

So how do you know for sure that an electric chainsaw will be the right chainsaw for you? Below are some of the perks and limitations associated with electric chainsaws you can use to determine whether or not this chainsaw type will be ideal for you.

One of the biggest advantages of electric chainsaws is that it does not need a spark plug and hence the easy start up process. Being that they are powered by electricity, electric chainsaws need only be plugged into a power source and they will automatically start up. Electric chainsaws are thus ideal for anyone who hates or has a fear of cranking up a chainsaw.

No Oil and Gas Issues

With electric chainsaws, the only time you will need to handle chainsaw oil is when you have to lubricate the saw chain to keep it running smoothly along the guide bar. You will no longer have to purchase gasoline or be taxed with mixing chainsaw fuel. An electric chainsaw will therefore save you a lot of cash worth of fuel in the long run.

One major disadvantage of gas-powered chainsaws is that they use a two-stroke engine and have a visible exhaust which emits carbon monoxide and other poisonous gases.  Due to the lack of a self-regulating lubrication system in two-stroke engines, almost 30% of the fuel used does not go through complete combustion and is emitted through the exhaust vault. These gases are quite hazardous to the environment and even to the chainsaw user if he/she is exposed to it for a long time.

Electric chainsaws don’t use any fuel and hence they do not emit any gases and pollutants. They are ideal for chainsaw users who particularly care about conserving the environment and those who require chainsaws but live in green neighborhoods which forbid use of certain machines that do not promote environmental conservancy.

For most people, the only thing that comes to mind when they think of chainsaws is the loud noise associated with all gas-powered chainsaws. While an electric chainsaw (corded) can still produce some noise, the amount or volume of noise produced is significantly lower than that produced by a gas-powered chainsaw.

Electric chainsaws are ideal for chainsaw users who require chainsaws for indoor use or for use in residential neighborhoods which again prohibit use of tools which produce a lot of noise that may disturb the peace and quiet of the neighborhood. Naturally, gas-powered chainsaws can absolutely not be used indoors or in such neighborhoods due to the level of noise they produce.

Even so, electric chainsaws still have limitations that may make them unsuitable for you:

The major disadvantage of electric chainsaws is that they can only be operated in areas where there is a power supply. While corded electric chainsaws will need to be plugged in at all times in order to run..On the other hand, battery-powered models will run out of power and the batteries will need to be recharged from time to time. This means that they cannot be used deep in the woods unless you have a portable generator.

Contrary to common misconceptions, electric chainsaws are built with enough power to handle most of the tasks facing homeowners.  Electric chainsaws (corded electric) are significantly cheaper than gas-powered chainsaws but also have enough powered to handle most light to medium duty tasks. If you need a chainsaw for cutting firewood or small to medium sized trees or even large branches and trimming or pruning around your yard, this may be the ideal chainsaw type for you.

If you need a powerful chainsaw or one that can be used far from a power outlet, your best choice will be a gas-powered model 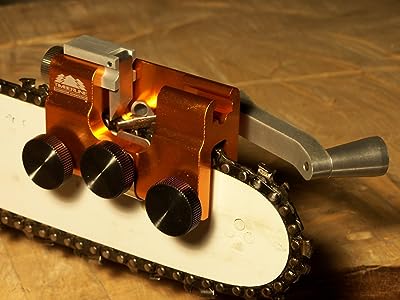